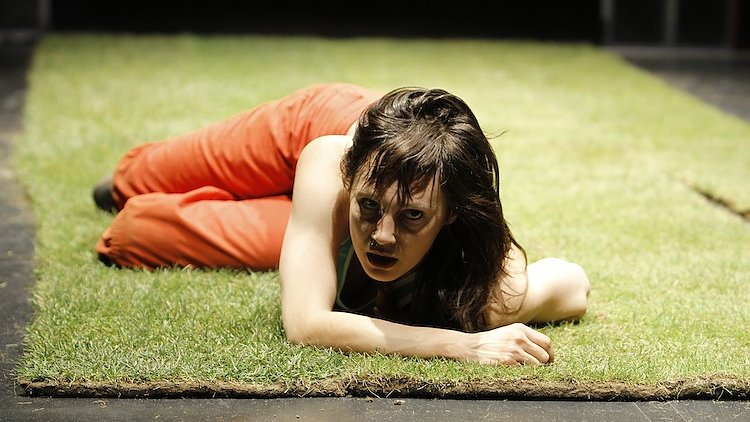 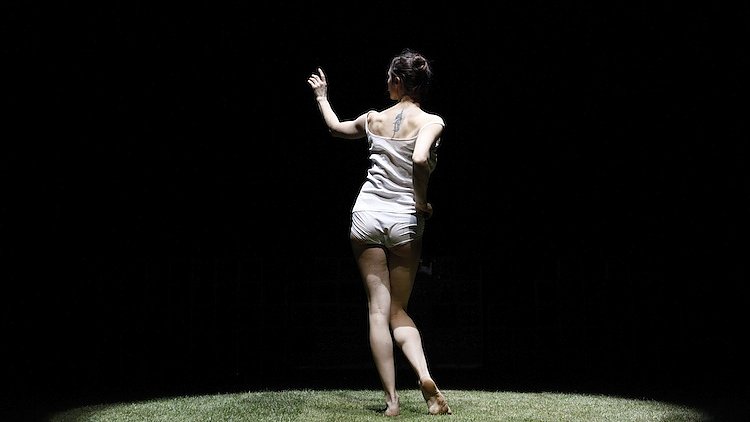 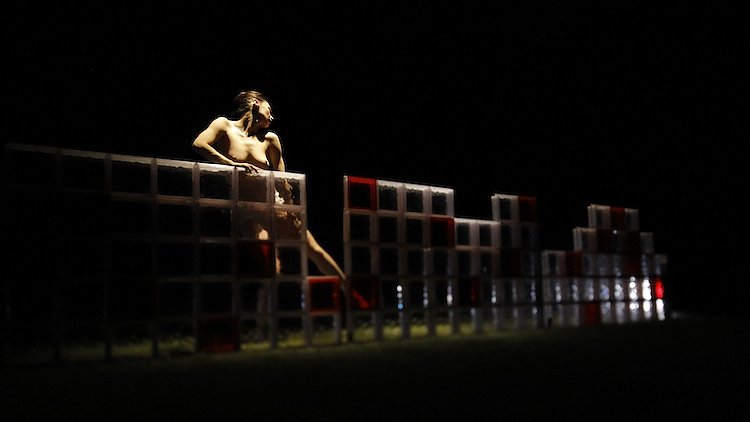 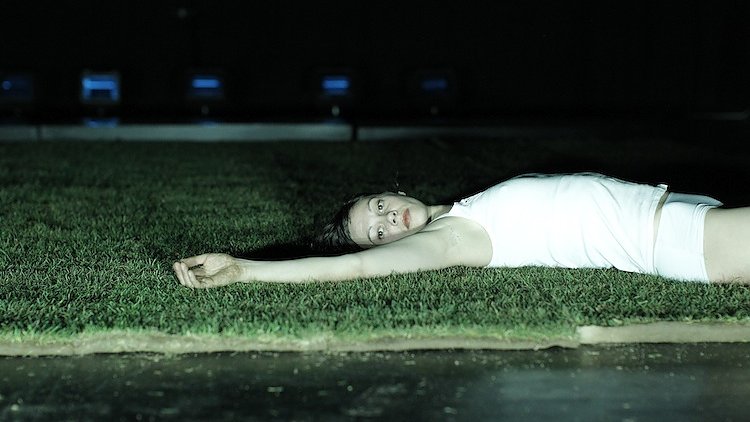 Under Green Ground in the year 2010 stands for a different way of physicalness: we see movements that have been inscribed in the body of its protagonist. Unchanged though is the intransigence in the way Alexandra Naudet presents herself on stage: she reveals herself to the audience and gives a piece of herself away.

The world as image and conception: In the age of the media there is no immediate self. Role models determine our identity and our thinking. However, the great multiplicity of potential roles also creates a new, special kind of liberty. Together with her choreographic partner and dancer Alexandra Naudet, the Cologne choreographer and media artist Stephanie Thiersch explores the complicated interaction of idea and flesh; of image-memory and the female body. A test arrangement for which she finds breathtaking, very concrete visual transformations; enigmatic, slightly morbid and provocative like a fashion shoot or a film by David Lynch.

An evening that displays with intelligence and a directness full of relish the richness of expression of the human body.
(Kölner Rundschau)

Stephanie Thiersch builds up figures in slow motion; one outgrows another, and
dismantles the beautiful facade until there is nothing left except for a silent cry. The icon
collapses back upon herself – ecce homo. Naudet interprets fiercely cut female images in
close-up view with great intensity.
(ballettanz international)

(…) an equally intelligent and sensuous production (…) A panopticum of female self-staging
as if it was an eerie-pretty men’s dream.
(Kölnische Rundschau)

In her choreography, Stephanie Thiersch virtuously plays with the tension between
identity and public woman… And the pick of the bunch: Alexandra Naudet keeps all of it
together: the female, the images, her dynamics and sex.
(Kölner Stadtanzeiger)

Thiersch succeeds a contemporary surrealism, which drives its motives with force and
easiness through a neo-punk world of scenes. …Alexandra Naudet seizes the
choreography in a terrific manner through a tenacious debate with the images that she
actuates.
(tanzjournal)