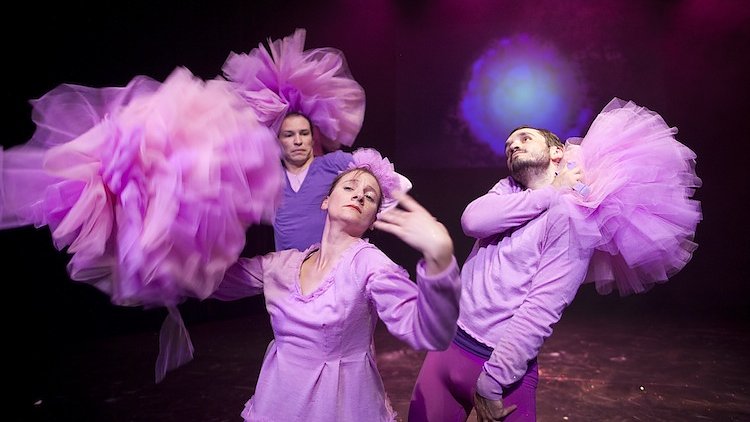 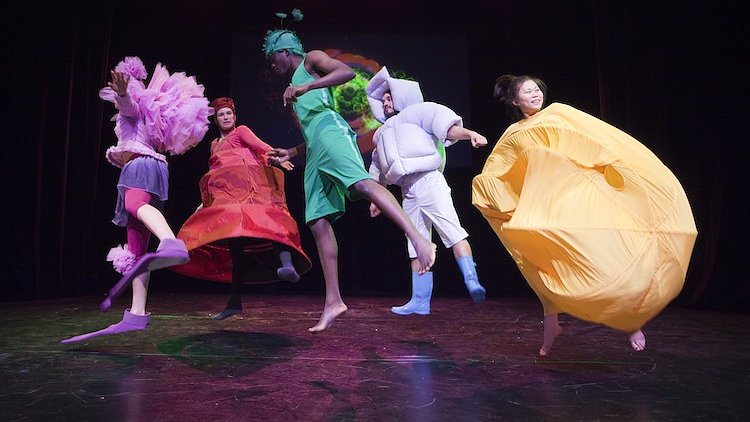 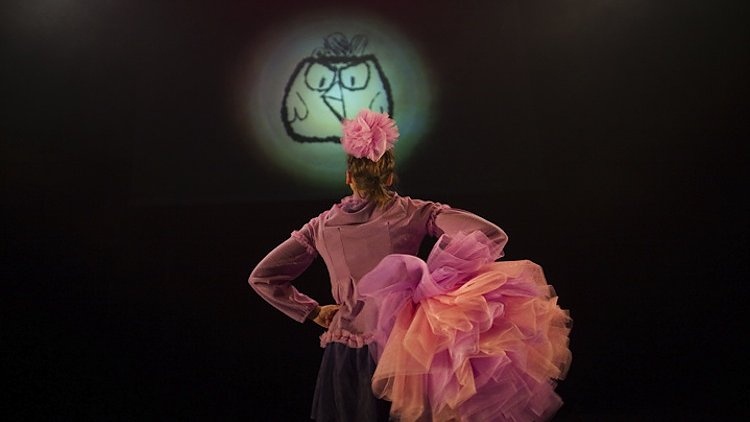 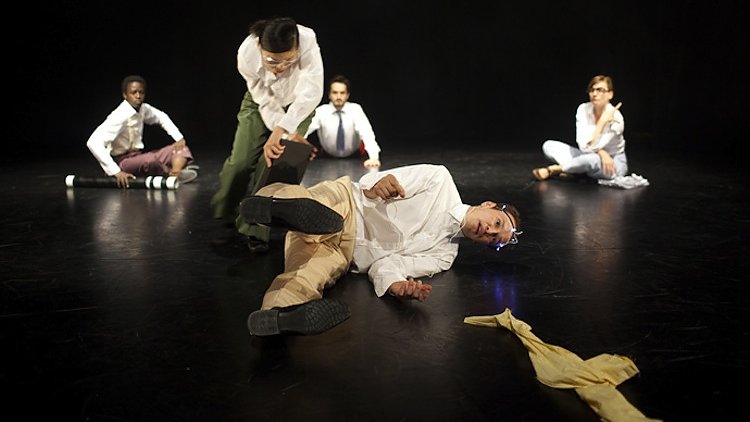 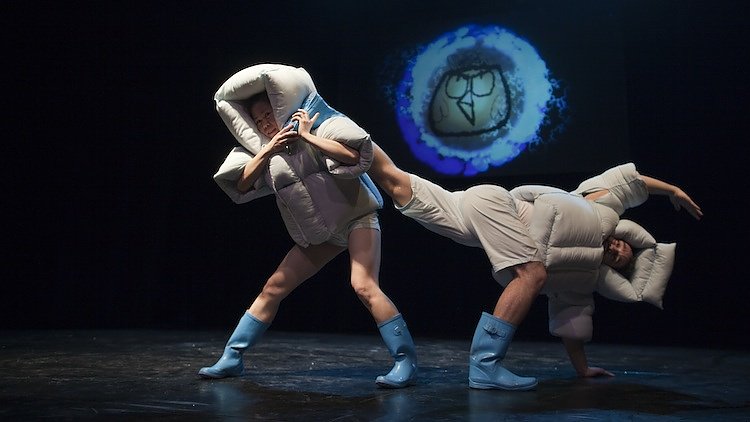 NOMINATED FOR THE COLOGNE THEATRE PRIZE FOR CHILDREN AND YOUTH 2010.

MagicEgg is a dancetheatre piece for young and older audience with 5 excellent dancers coming from different parts of the world, imaginative costumes and funny cartoon-like animations of french artist Timothée Ingen-Housz. In this piece choreographer Stephanie Thiersch links serious thoughts about the state of our nature with the humourous ado of unorthodox worldresidents and a lot of poetry.

The production dances audaciously on a knife’s edge: portraying something that is too poor for the critical hen, but certainly of interest to the audience. That they have taken risks with their dramatisation is clearly apparent. But the consistent avoidance of cheap show effects and the creation of undetermined space makes “ZauberEi” a masterful production – including Harald Ziegler’s amiable music, the enchanting animated film by Timothée Ingen-Housz, Sabine Schneider’s costumes and the magnificent dancers.
(Rheinische Post)

The experienced Cologne-based choreographer is staging a dance theatre for children aged 6 and above at the Tanzhaus NRW in Düsseldorf, comprising five noteworthy dancers, amiable music with a variety of rhythmic and instrumental tones by Harald Sack Ziegler, along with costumes created by Sabine Schneider and a wonderful animated film running in the background. The plot revolves around an attempt to save a small, ailing, dirty planet. Its creator, the giant hen, lays a new magical egg, but not before it needs to be persuaded to do so by the enchanted dancing of the planet’s inhabitants. Thiersch consciously avoids the use of clichés, exaggeration and slapstick.
(www.kultiversum.de)

The story may not have a logical ending, but it is a good one, complete with a rousing finale, with all the colours dancing with each other. In doing so, the choreography avoids projecting a blatantly corny image. Children get to watch out whether every colour is represented. The animations and music create warm yet roughened aesthetics which, when coupled with dance and narration, ensure plenty of appeal. The audience is called upon to process and relate the elements to one another. The 50-60 minutes of the performance are filled to bursting.
(WDR5 Scala)

MagicEgg is a MOUVOIR production in cooperation with freihandelszone-ensemblenetzwerk Köln, Comedia, Cologne and coproduced by tanzhaus nrw Düsseldorf, in the frame of Take Off Festival supported by Tanzplan Germany, an initiative of the National Cultural Foundation and the City of Düsseldorf, the Ministry of NRW and the Art Foundation of NRW. Supported by Godown Art Center Nairobi and by the artist residence program of the Goethe Insitut, ITI Germany and a GreenTeam of Greenpeace.