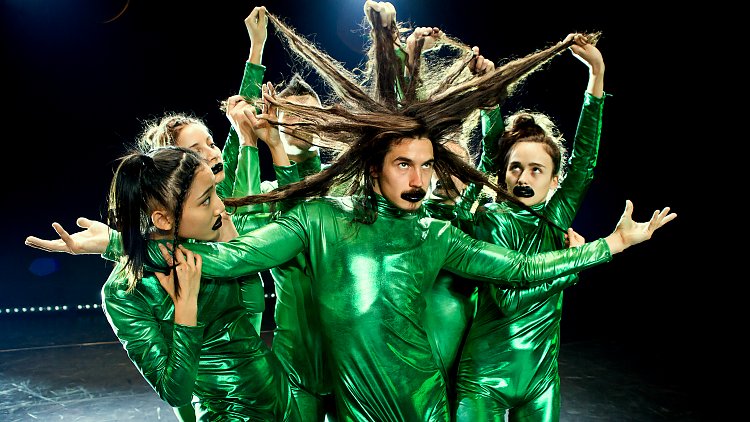 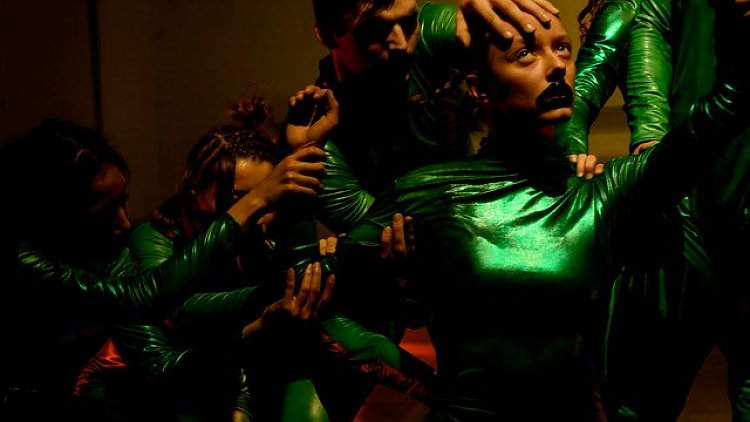 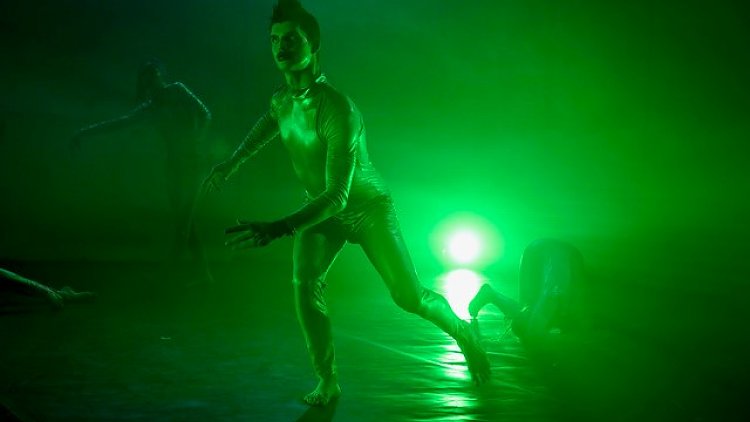 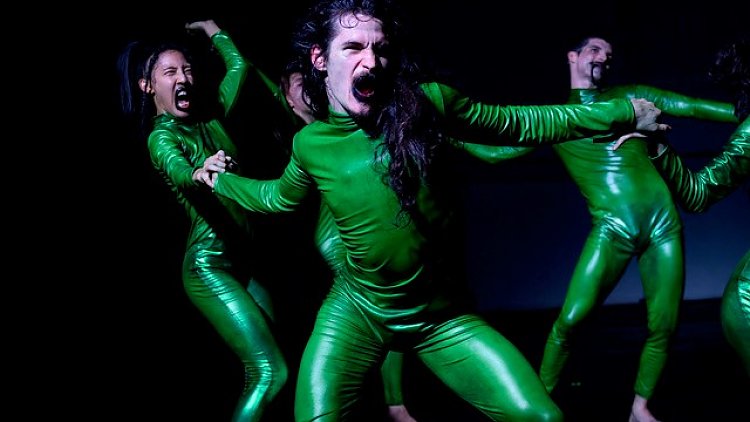 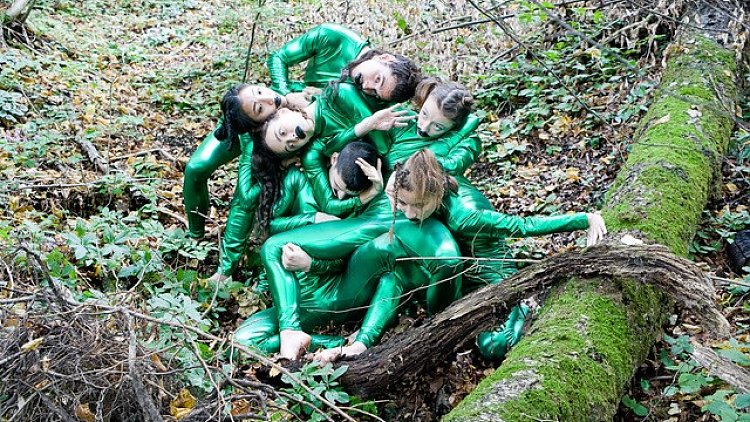 The Austrian Company BODHI PROJECT unites excellent young dancers and invited Stephanie Thiersch to develop a performance with them in 2019.

Stephanie’s interest as a choreographer is always directed at the body in process of transformation and towards a confrontation of contexts. Her bodies are neither one nor the other. She attempts a balancing act between these contexts and wants the audience to take a stance in the spaces in between.
Stephanie’s choreography for BODHI PROJECT throws a view on the ambivalent relationship of humans and non-human with the natural world. Six bodies in constant transformation try to organize and reconfigure the relations with what is there. They explore strategies of „staying in trouble “(Donna Haraway) proposing more a making with, than an individual self-fulfilment.

“Four women and two men are moving in gender-neutralising full-body suits like hybrid creatures between human, animal and robot. With almost artistic perfection, they explore their own as well as other bodies, dare to produce sounds that have never been heard, from their mouths covered in dark make-up, and manage to awaken emotions in a surprisingly touching manner with only a look or a gesture. In the end, Bowie’s ‘Life on Mars’ points the enthusiastic audience the way towards a common future, which appears to be more promising there than on Pluto.”
(Kölnische Rundschau, October 10th 2019)