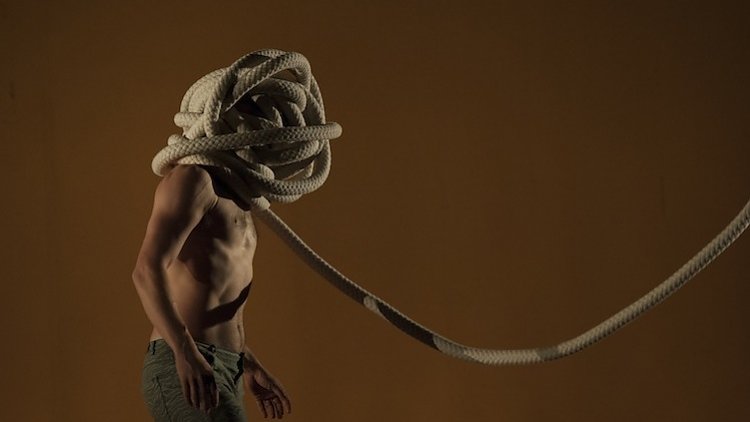 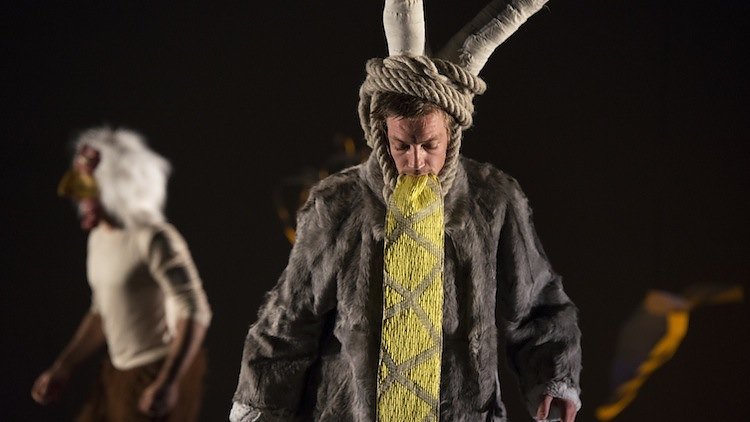 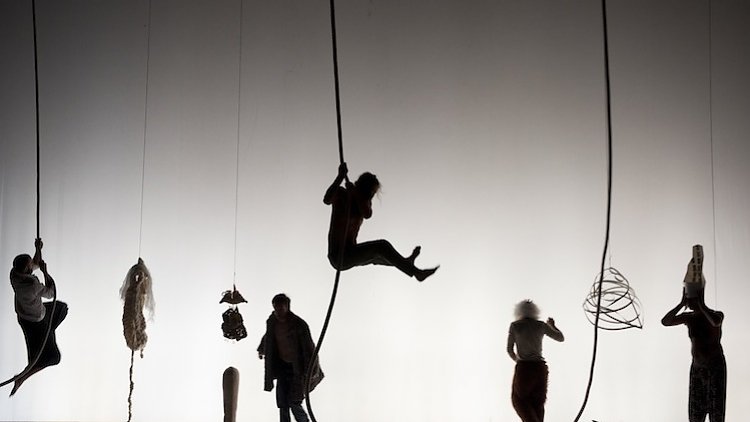 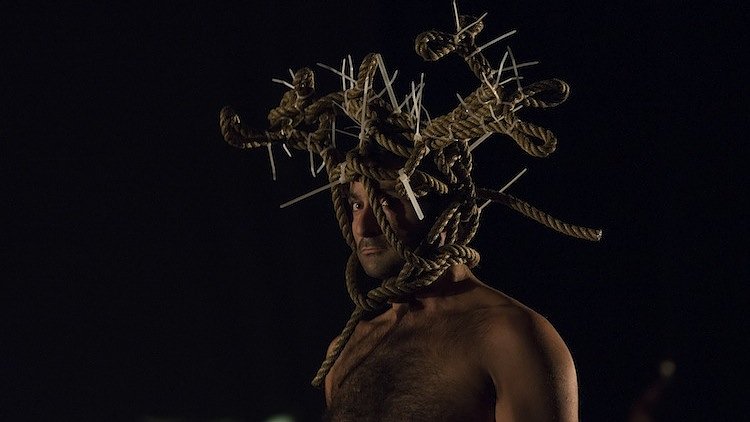 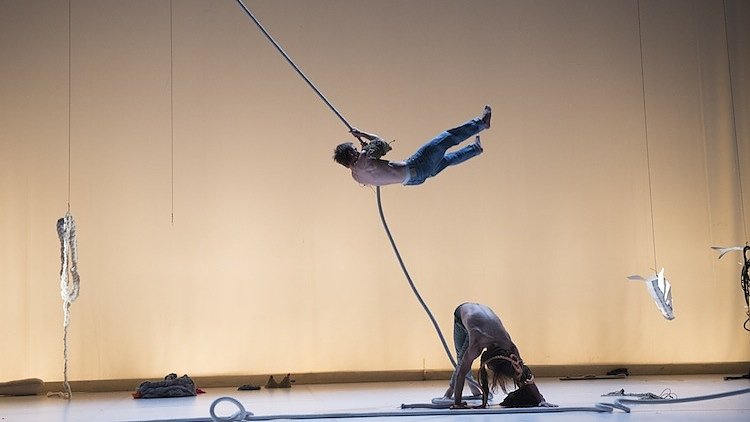 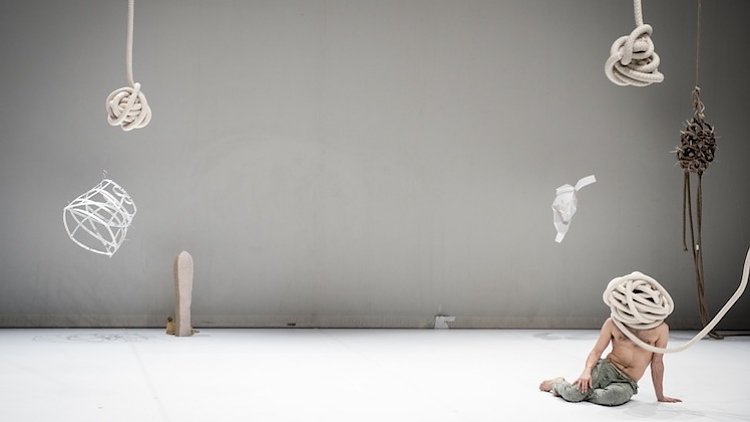 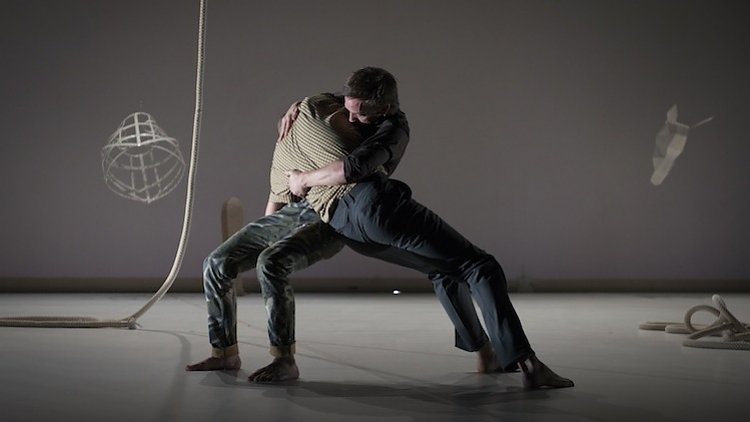 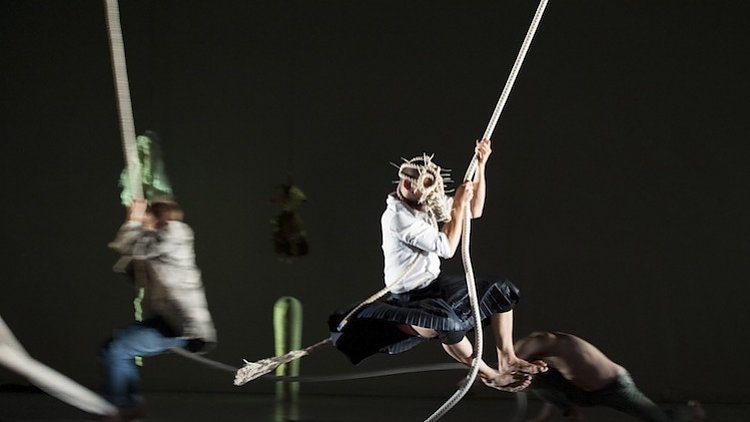 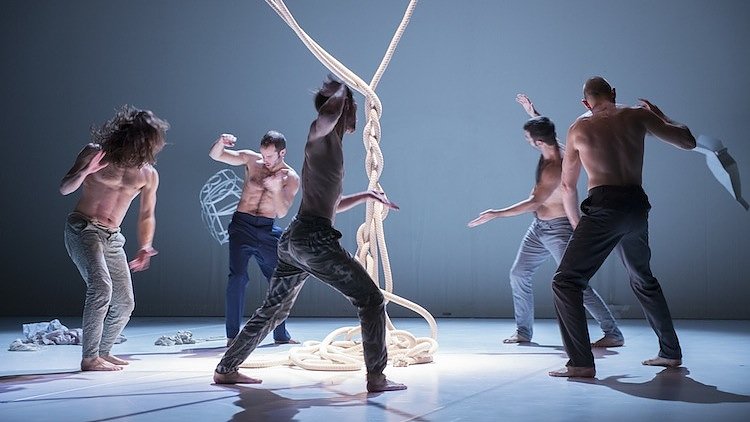 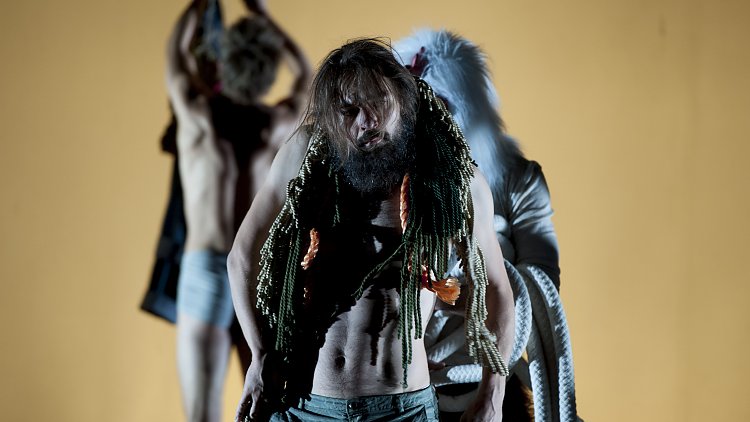 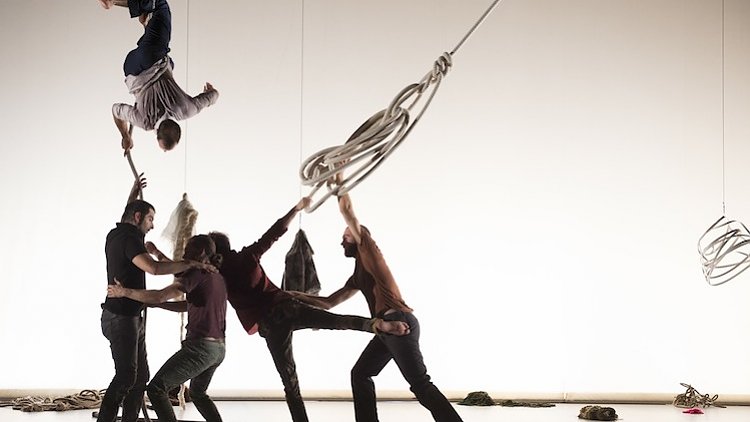 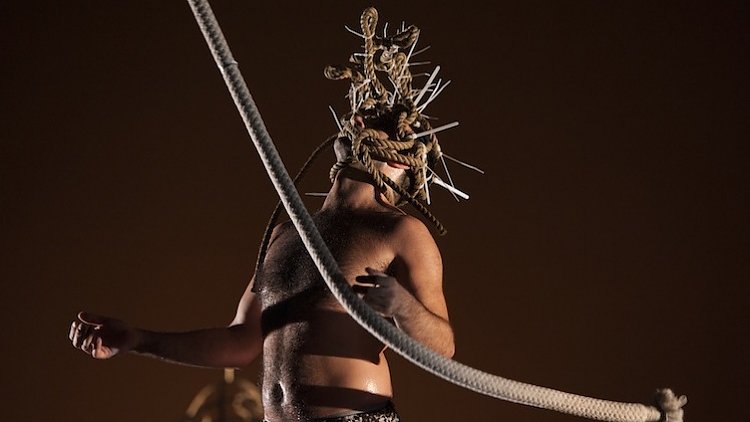 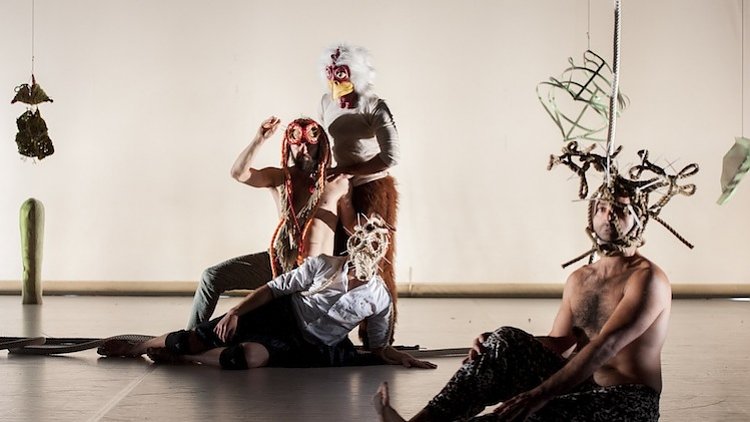 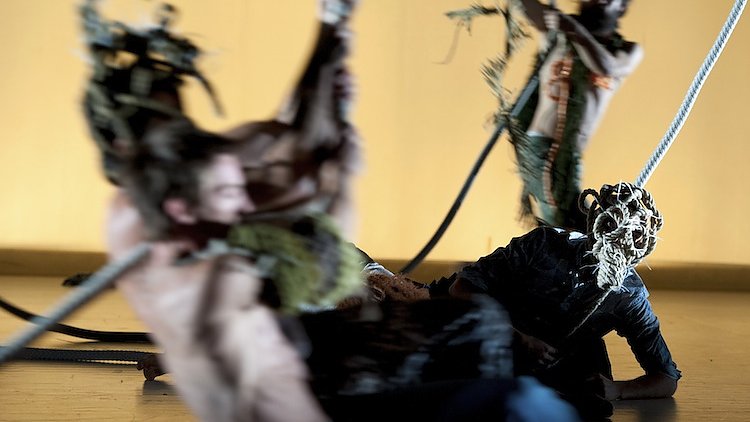 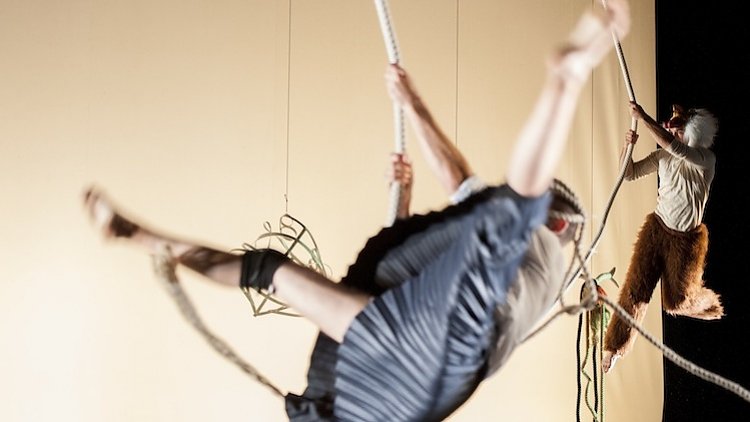 Down to Earth. Our enlightened (post-)modern present. Let’s just leave it behind us. For heaven, the wildness, superstition. Behind today’s certainties that know how to distinguish clearly between people, animals, plants, things. Risky? Maybe. Contemporary dance and new circus ally in Corps Étrangers to form a transnational ensemble of dancers, acrobats and vertical ropes that assembles to create an ever-new hybrid physical being. A game with images, disguises, physical forces – meanings on the run.

(…) As the laughter of the audience was overpowered by applause, the siren call of anarchy triumphed briefly over the reassuring straightjacket of civilization. (India Stoughton, The Daily Star)

Humor, poetry, fantasy, appreciation for acting and the queer, fantastical and bizarre of a performance which ultimately puts a stop to conventions and preformed steps. Among men who run riot and under the impassionate direction of a choreographer who has no constraints, the dance stays appealing, expands and interweaves in a subtle manner with the flickering of the world of the acrobats and gymnasts. It is their immense talent which fascinates the audience and which puts them under their spell. (Edgar Davidian, Le Nouveau Orient)

Thiersch constructs profound scenes, reveals the circus of evolution as a nouveau cirque masquerade between totem and taboo, travesty and animism. […] How pleasant it was to have seen something like it was mirrored by the long, enthusiastic applause that followed 90 intensive and strong minutes.
(Steffen Georgi, Leipziger Volkszeitung)

One thing is for certain: an archaic, anarchical, acrobatic universe of freaks, of foreign bodies, opens up before our eyes, that, in its exceptional conceptuality and virtuosity, casts off all chains of association and that, in its prime, densest moments, presents an effective alternative, that is – and, in this case, it is accurate to state – a counter-spell to the disenchantment of the world.
This production by Stephanie Thiersch and her Franco-German ensemble of artists and performers is therefore a prime example: not just of the right for the free scene to exist, which – contrary to popular belief – does not go without saying. But, above all, of an artistic potential that is capable of reflecting on life and the world in a way that – to use the same word again – is of a spiritual and aesthetic autonomy which is becoming increasingly amiss in our popular culture.