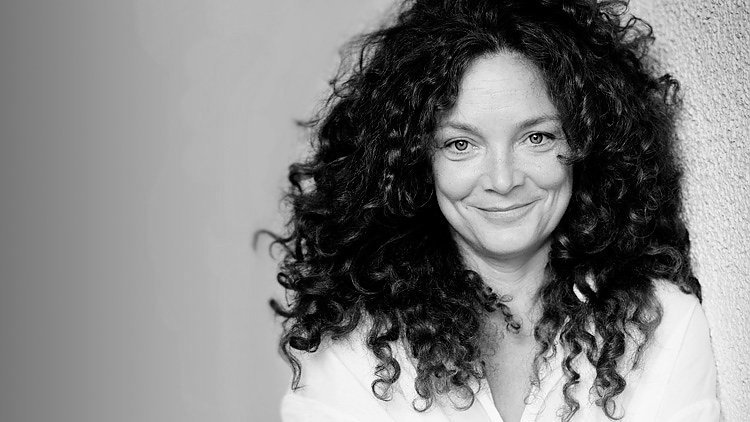 Stephanie Thiersch studied dance, the humanities and, later on, media art at the Academy of Media Arts Cologne. With the MOUVOIR Company that she founded in the year 2000, she develops stage performances, films and installations that have been performed both nationally and internationally and received numerous accolades. Since the beginning, MOUVOIR has stood for experimental interdisciplinary work with international artists and co-producers. She was a visiting professor at the Institute for Applied Theatre Studies in Gießen and at the College for Music and Dance Cologne. Within the Freihandelszone ensemble network, she is the artistic director for the festival GLOBALIZE:COLOGNE/since 2017 URBÄNG!.
Thiersch sees her choreographic work as being part of a broader paradigm of interdisciplinary movement research, which initially involved media, then increasingly visual arts and pop culture, and currently primarily integrates music in the choreographic mindset. Since 2011 emphasis has also been placed on collective work dealing with the subject of postcolonialism with artists from Sub-Saharan Africa. In 2016 she organized “City Dance Köln” based on an idea by the dance pioneer Anna Halprin. The politically motivated manifestation of art consisted of over 600 performers and 10,000 participating passersby moving and dancing their way through the city of Cologne.

“When confronting bodies, images and body-images, Stephanie Thiersch tries to strip away any habitual behavioural patterns and everyday communication in order to make it possible to experience a different, archaic form of coexistence in the intermediary spaces. At the interface of nature and culture, of the group and the individual, dancers become estranged to themselves. While swimming through and against streams of images, they attempt to find their way in a reality which repeatedly threatens to slip away from them, until it tips over and assumes surreal qualities. Between adapting to an unreal world and resisting powers they are unable to appreciate, they end up creating a reality with rules of its own”
(Gerald Siegmund, Brochure of the German Dance Platform)